A 27-hour long video piece created by hacking a version of Pokémon Red for Game Boy.

Using a specially-modified emulator, I created a version of the game where the player's data is randomly written into the data for the game cartridge - in particular the data that represents the creatures that live in the virtual ecosystem.

Over the course of 27 hours the game world corrupts, succumbing to ever-increasing entropy. Even the most basic of actions become slow, repetitive and incomprehensible.

Entropy is the fate of all things. It is the heat death of the universe, it is the demise of humanity due to climate change, and it is the driver of the phenonomenon we perceive as time.

Journey to Lavender Town was exhibited at The Overkill Festival in Enschede, The Netherlands, in November 2019.

Photos from The Overkill Festival 2019 in Enschede, The Netherlands 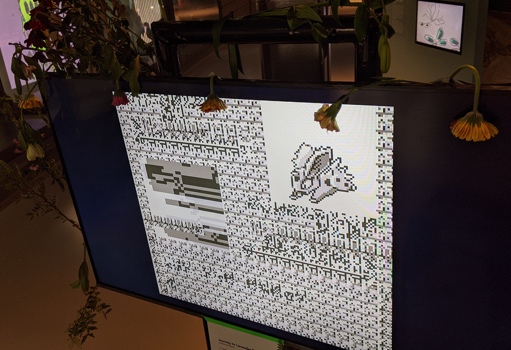 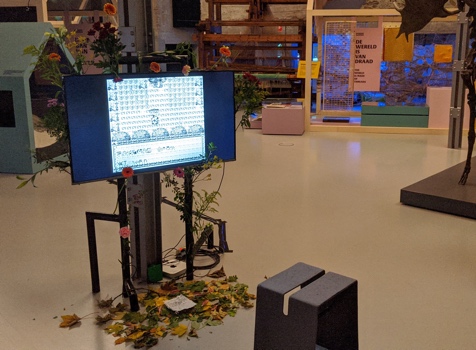 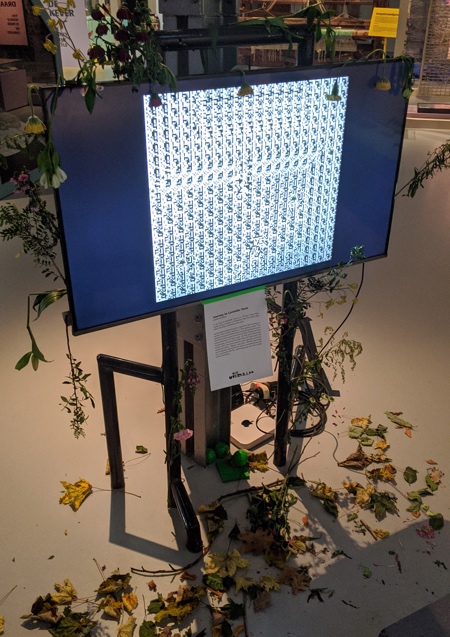