Adapted as an interactive live performance as part of Now Play This at Home - the online edition of the Now Play This festival for Somerset House - as documented here, and viewable here.

Pawns uses the rules of Chess, but is played using a 44 by 44 grid, with 87 pawns and one King on each side. All other rules are identical to that of Chess.

It is a game in which the system is too big for any individual action to be of consequence. Its creation was motivated by the sense of powerlessness in a modern world where the environment and democracy are undermined by systems and power structures too strong to overthrow. It is driven by a feeling of going through the motions without meaning or purpose.

I've found myself struck by playful art as a practice - one that I've arguably been working towards with much of my recent work. Play is often framed as inherently virtuous. It is enriching and it is utopian. I wanted to question this assumption. 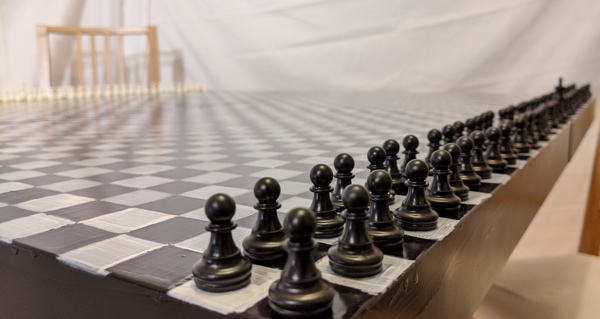 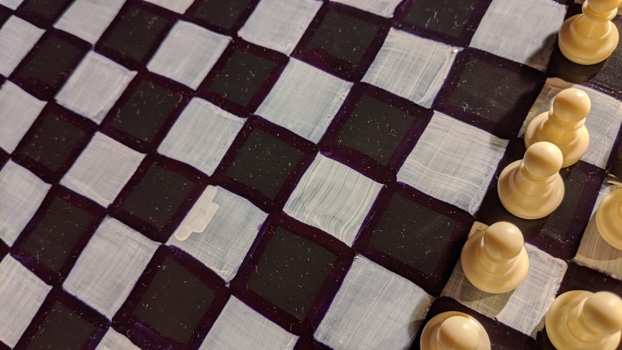 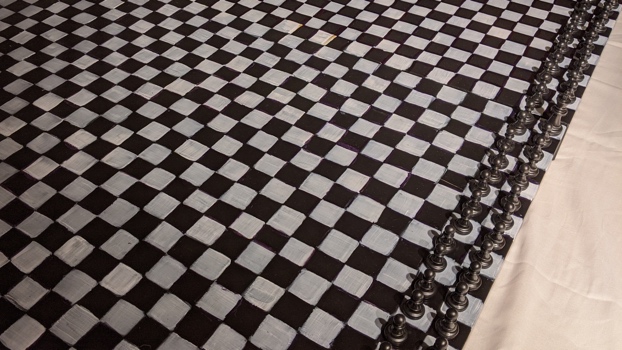 As the world lurches ever-closer to environmental disaster, no change is provoked among those with the power to make a difference. While governmens can force major businesses to change their practices, instead responsibility is given to the pawns, to recycle more and to give up plastic straws. 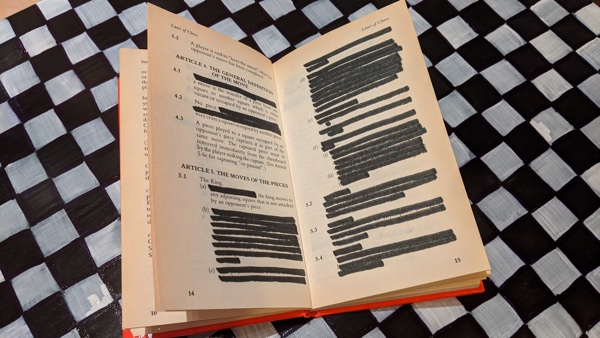 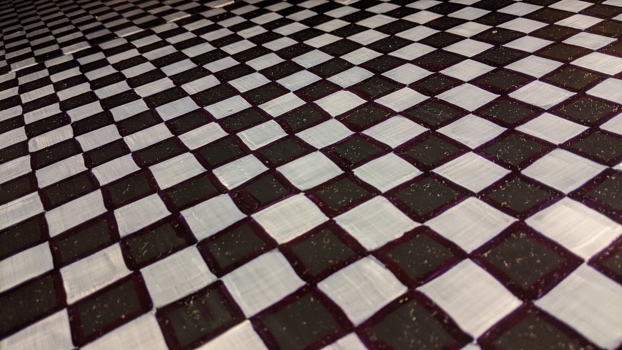 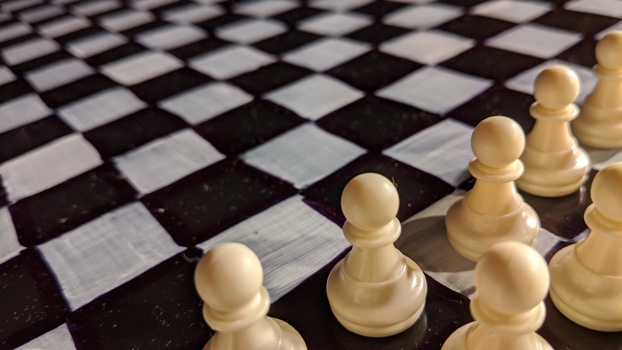 Major political decisions are made on the basis of lies and disinformation. Broken political systems are propped up by the people those same broken systems keep in power. Government is held to account by the letter of the law, not by the spirit of fairness. While those in power are free to lie without consequence, the pawns have few means to change the system they live in.

Played in December 2019 with Laura Fournier

We stumbled upon theories of how to win, tested them, played with them and found fun in them. At no point did these strategies ever challenge the fate of the game: that it was always going to end in stalemate. 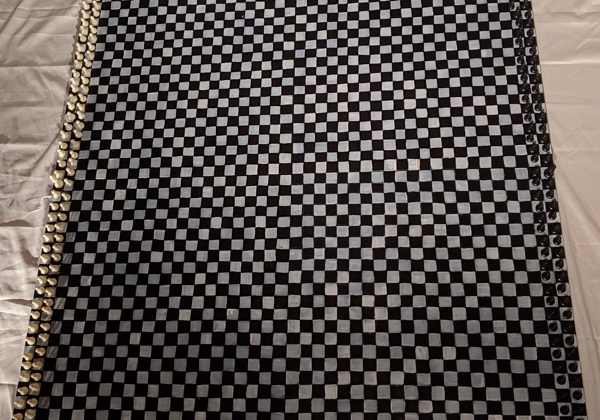 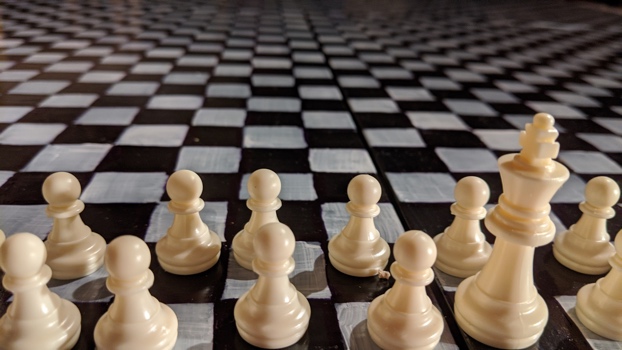 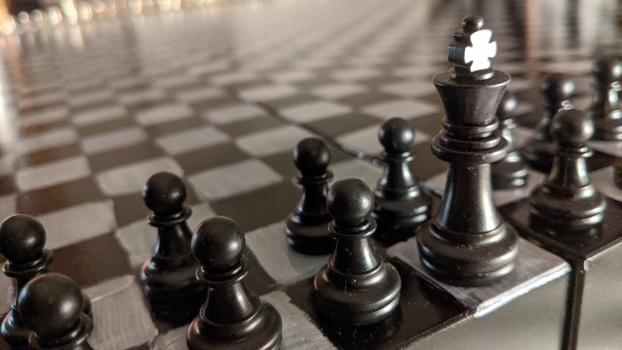 The pawn felt lost in time. Its memory a series of actions falling out-of-sequence. Actions without consequence, unable to uproot the fears and habits destined to recur throughout its life. Its network of anxieties were two big to dismantle and the pawn could not grow beyond them.

Played in January 2020 with Twitch Chat

We played pawns collectively over the internet. I acted out orders supplied by the internet, playing as a team against me. As the game unfolded, the pawns grew personalities and backstories. A collective story emerged.

We could not change the system, nor could we avoid the eventual stalemate. We found enjoyment within the restrictions. We recontextualised the rules and created our own objectives. We took joy in minor accomplishments.

By the end of our experience the game had derailed and there was egg on the board.

Did we change the rules of the system through collective action? Or was it because the audience appealed to a higher power: the chessmaster in front of the camera?