The network features of the magic box allow you to send effects to your opponent whenever you collect a ring.

The Twitch features allow you to read input from Twitch chat and use that to trigger effects and edit memory.

To connect to an opponent you will need to run the latest version of the Magic Box VS Communicator (v0.18.0)

Install the Magic Box and switch on Network/Twitch Play

If you have not already done so, you will need to install the latest version of the Magic Box by following these instructions.

Your version of the Magic Box must be v0.15 or later

Run the Magic Box and open to the Networking menu 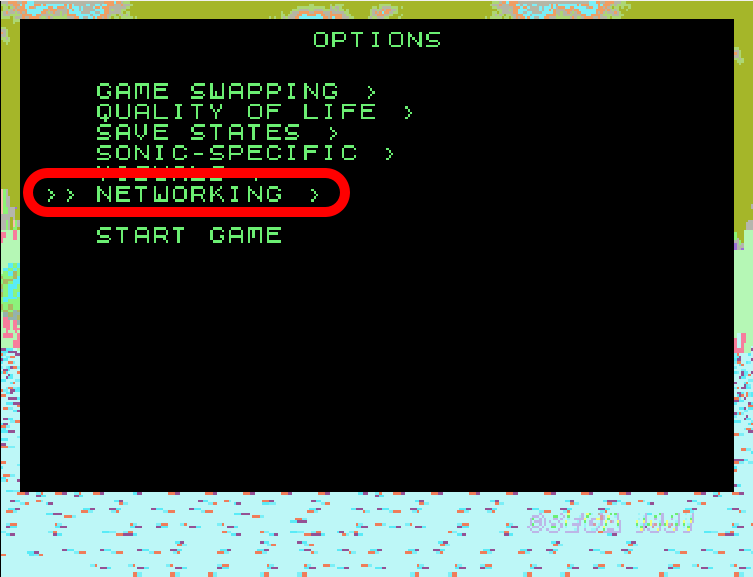 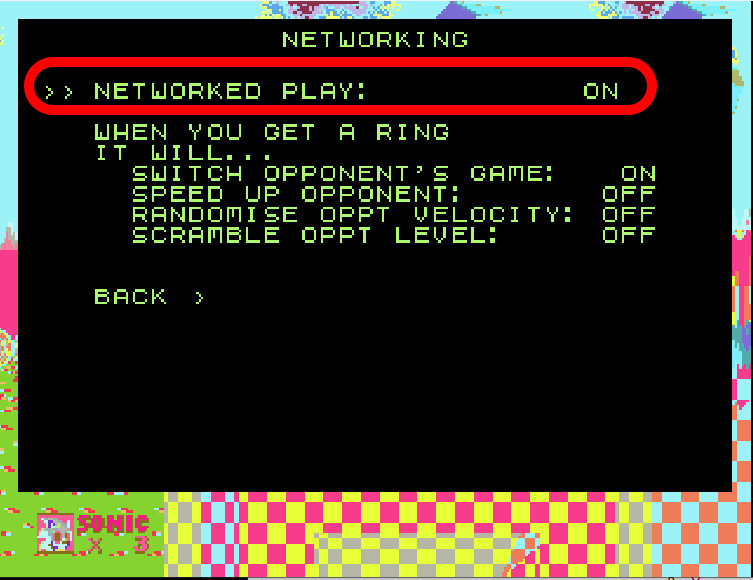 Install and set up the Communicator

Step 1: Install the VS Communicator

Unzip it and run MagicBox VS Communicator.exe

Step 2: Tell it where your _magicbox folder is

Type in your name and the location of your _magicbox folder, then click Connect 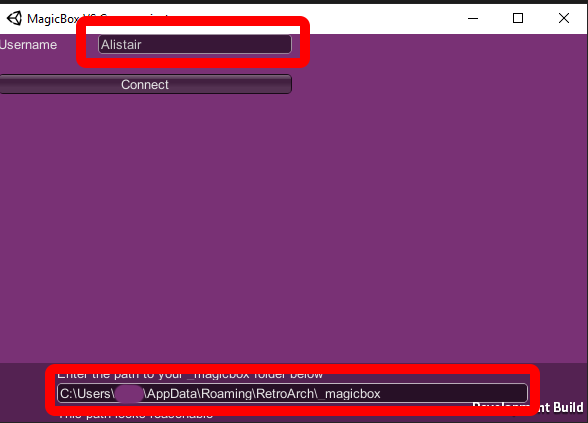 Getting input from a Twitch stream

I haven't got round to typing up a more detailed explanation but I hope this is sufficient for the time being.

If you look in your _magicbox folder you should now have a sub-folder called .twitch. Inside the folder are two files - output.txt and activeEffects.txt. Reading from these in OBS will show your audience what effects are active and who has activated them.

Beginning a game against an opponent

Find an opponent you'd like to play against. There's no chat inside the Communicator application, so you'll need to co-ordinate with each other by your own means - for example, Discord or Skype. 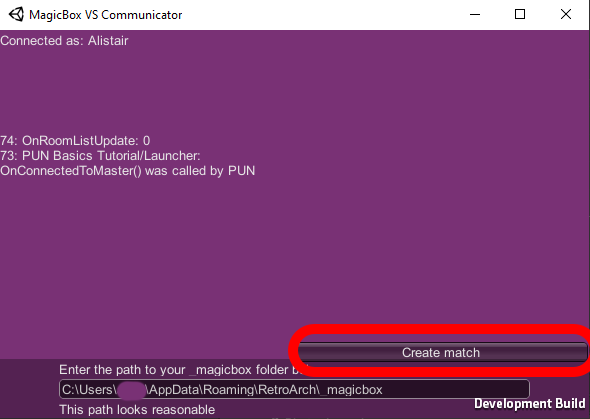 Step 2: Your opponent must join your match 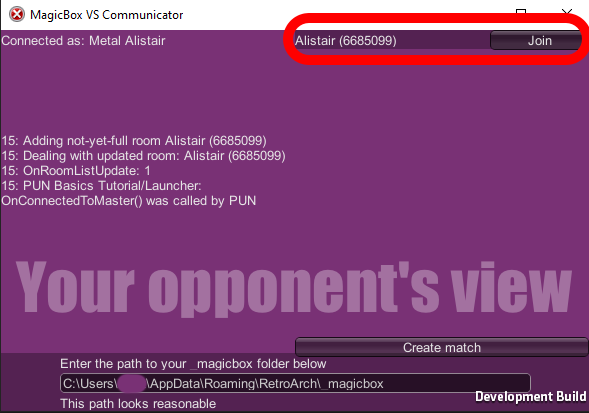 Step 3: Allow your opponent to join you

You will see a message: [Your opponent] wants to join you. If they are the player you are expecting to see, click Allow. Otherwise, click Deny to remove them and let your actual opponent join you. 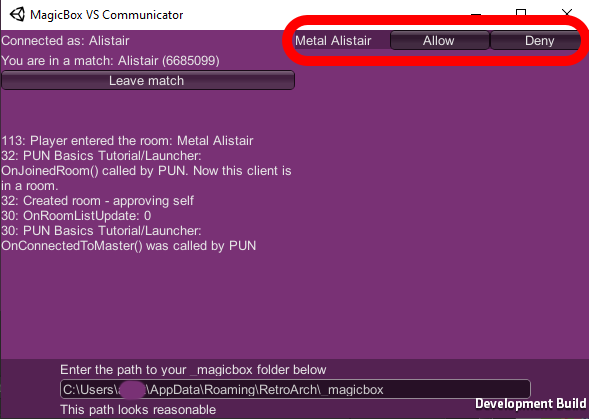 If it has worked correctly you will see two columns of debug data: You sent... and [Your oppponent] sent...

Press spacebar to send a test message. You should see that message in the debug column. So should your opponent. If so, setup is complete and you are ready to play! 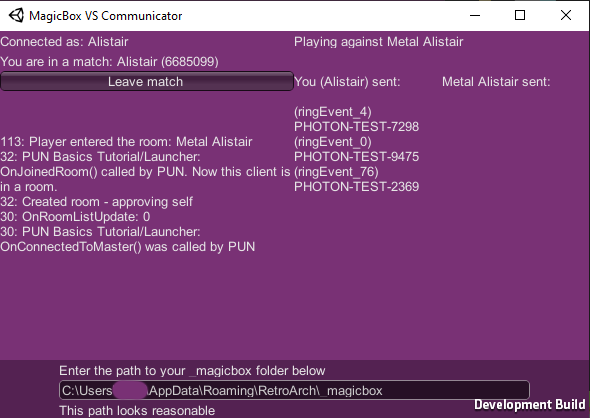 Which games are supported?

The following effects will affect you whatever game you are playing:
Switch your game
Remove a colour

The following effects will only affect you if you are playing Sonic 1, 2, 3, Sonic & Knuckles, Sonic 3 & Knuckles (Genesis)
Write data into your level
Increase your speed
Randomise your velocity