A Mega Drive emulator that switches to a different Sonic game every time you collect a ring. Built by editing the open-source emulator GenesisPlusGX. My source code is available on GitHub.

Please ensure you are running the 32-bit version of RetroArch, as the emulator will not run with the 64-bit version. I hope to fix this soon.

Run the installer for RetroArch.

Step 2: Install the custom version of the emulator

If you have problems with this version please try version 0.16

Copy the file genesis_plus_gx_libretro.dll into the RetroArch downloads folder.

Open RetroArch and go to Load Core > Install or Restore a Core.

Navigate to your downloads folder and select genesis_plus_gx_libretro.dll. 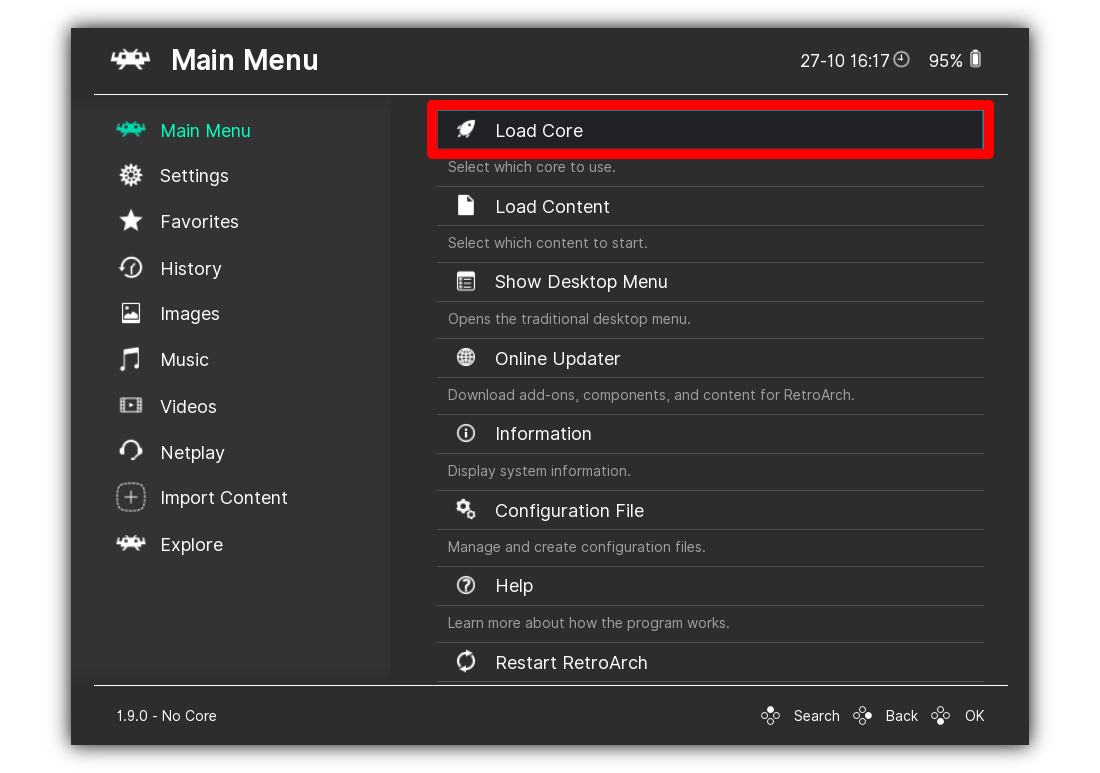 Navigate to your RetroArch folder. It should be one level up from the downloads folder.

Copy and paste your Sonic game ROMs into this folder.

Other games can be swapped on a timer: e.g. every 5 seconds or every 30 seconds.

TESTERS: If you don't have any game ROMs download some from here

If installation has worked you should see a list of the ROMs in your _magicbox folder on the left-hand side of the screen. 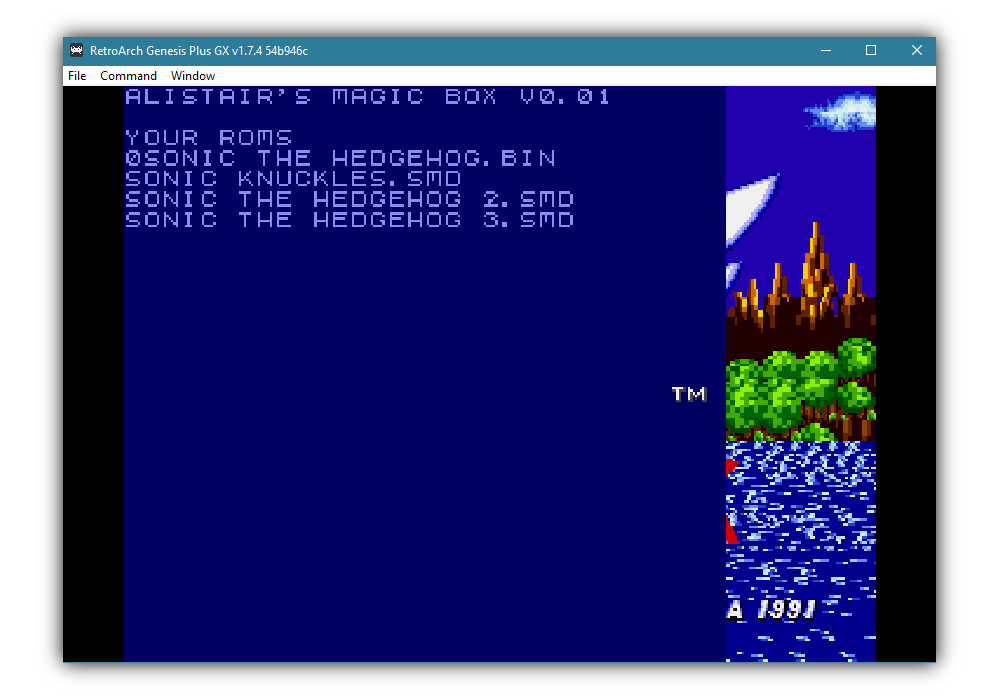 If it has detected any ROMs in your _magicbox folder it will run the first one in the list, regardless of which ROM you selected.

Because this emulator juggles mutliple save states for different games, I've implemented functionality for save states beyond what's built into RetroArch by default

Enabling save states on start up

To begin all your games from their last saved state, switch BEGIN WITH SAVED STATE to ON

To choose how frequently all your save states are stored, use the AUTO-SAVE STATE menu item. 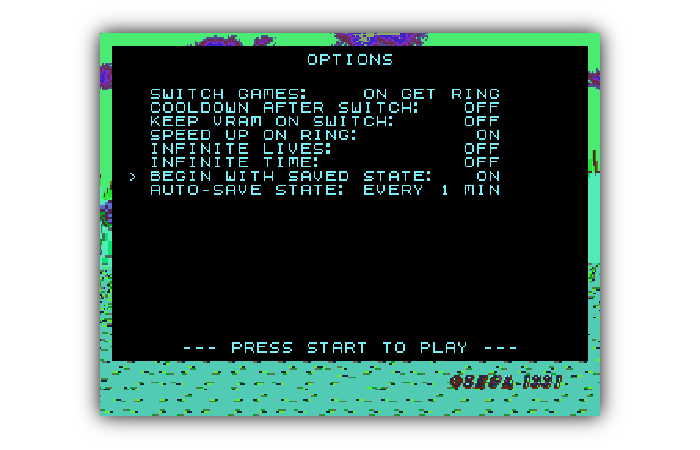 Hold down UP + START + B to access the in-game menu

Press UP or DOWN to choose an item. Press START to make it happen 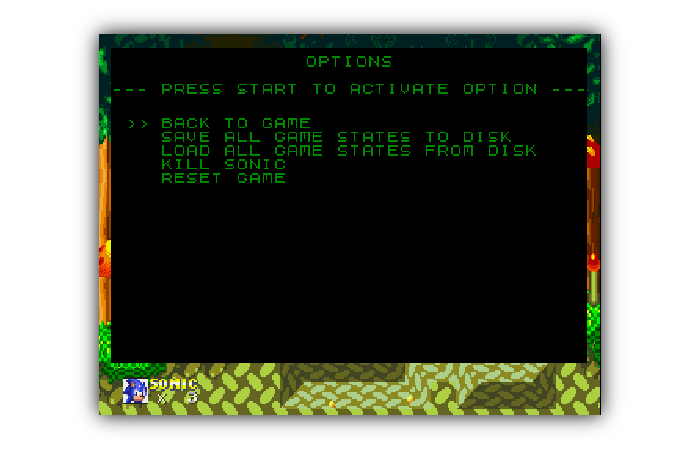 Can switch off rewind feature (is off by deafault)

Added functionality to delete colours when you get a ring

Implemented infinite lives in Shinobi III, Shadow Dancer and Streets of Rage trilogy
Added support for Micro Machines 1, 2 and 96
Game switching in Streets of Rage 2 and 3 happens the instant you defeat an enemy

Bugfix: get ring to speed up works in Sonic 2, 3 and Knuckles
Added DOWN + B + START as insta-kill shortcut.

New hack: getting a ring writes data into the level (Sonic 1, 2, 3 and Knuckles)
Rearrange hack-select menu to have sub-menus
Can make game-swap happen in alphabetical order of the ROM file names
File names are shortened instead of going off the screen in menu

Added ability to toggle special options on and off:
When games should switch
Video RAM can be carried over during a game switch
Infinite lives/time
Sonic speeds up on collect ring